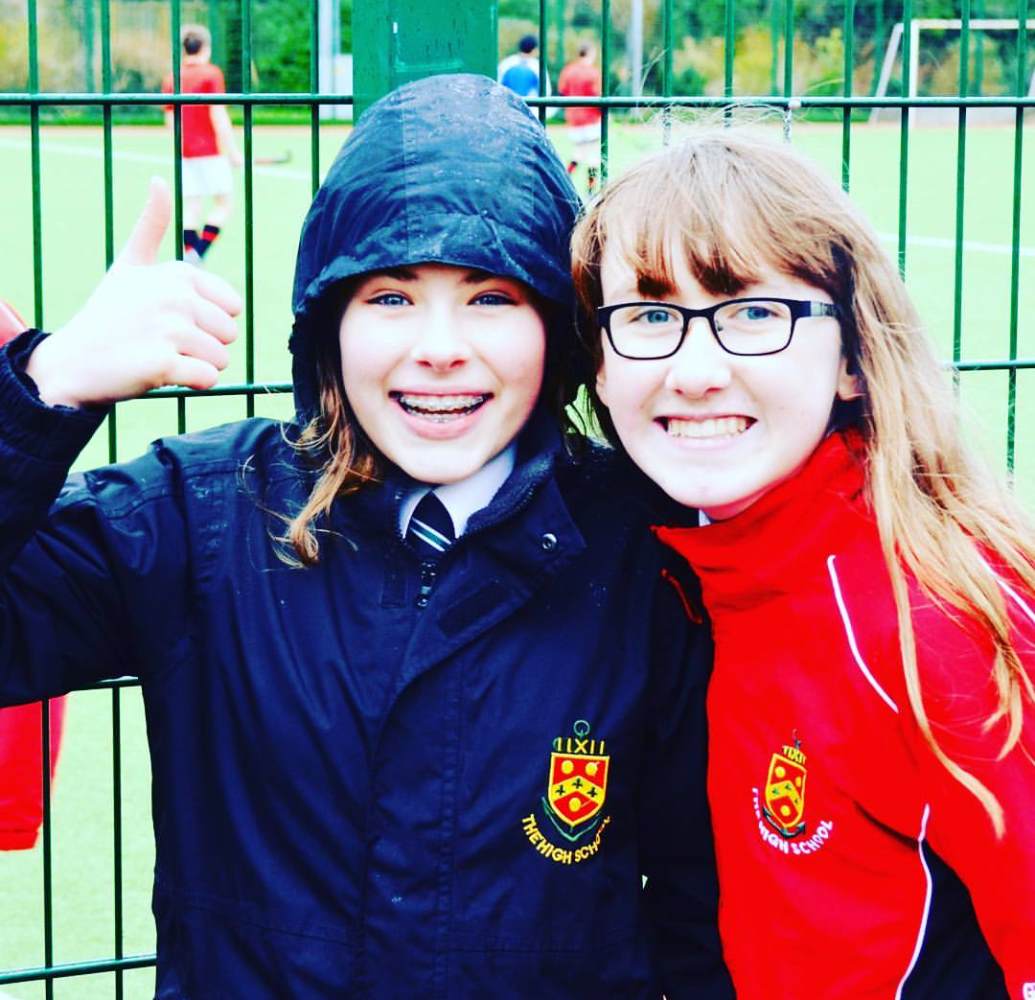 The High School has enjoyed a substantial and valued association with the Church of Ireland from its inception to the present day.  The original sub-committee appointed to examine the possibility of establishing the school was chaired by an Archdeacon of Dublin who was latterly appointed Dean of Christ Church Cathedral and St Patrick’s Cathedral, Dublin.  The first Headmaster - the Revd Dr Samuel Cresswell - and a significant number of subsequent members of the teaching staff were Anglican clergymen.  The Most Reverend Charles Frederick D'Arcy, Archbishop of Armagh, Primate of All Ireland and Metropolitan served as the first President of the Old Boys' Union between 1928 and 1935.  Today, the most senior ex officio Governors at The High School are the current Archbishop of Armagh, Primate of All Ireland and Metropolitan; together with the Archbishop of Dublin and Bishop of Glendalough, Primate of Ireland and Metropolitan; and the Bishop of Tuam, Killala, and Achonry.

In keeping with its liberal Anglican heritage The High School has always been a tolerant and inclusive institution which has actively promoted and demonstrated a clear understanding of the benefits associated with diversity and plurality.  Consistent with the terms of the foundation charter - which included endowing the salary of the Professor of Hebrew at Trinity College, Dublin from 1724 onwards - The High School is particularly proud of its long association with families from minority faith backgrounds especially those of Jewish heritage.  It currently educates pupils from a wide range of minority faith backgrounds including Jewish, Hindu, and Muslim children.

The High School remains a vibrant and dynamic educational community of 700 pupils which provides a first-class education for girls and boys from Church of Ireland families and other Protestant denominations.  It also welcomes applications from those of other Christian denominations, those of other faiths, and those of none.  In this respect, the admissions process is open to all regardless of background on condition that families whose children are offered a place at the school in accordance with its admissions policy agree to uphold and adhere to the values outlined in the ethos statement throughout their time at The High School.

The core values, spirit, attitudes, and aspirations (the ethos) of The High School derive from its Anglican origins and the ongoing influence of the Church of Ireland and other Protestant denominations in its daily activities.  Its ethos is consistently demonstrated in a number of different ways, including:

The stated mission of The High School is the pursuit of excellence in all areas of school life which is achieved by maintaining a clear focus on developing the full potential of every pupil.  We emphasize the fundamental importance of a wide range of moral values including honesty, integrity, kindness, and respect.  The school community encourages respect for the needs of minority and disadvantaged groups and individuals by promoting an awareness of progressive values and social justice.  Our ultimate goal is to enable pupils to take their place in society as responsible, informed, thinking, and tolerant human beings.